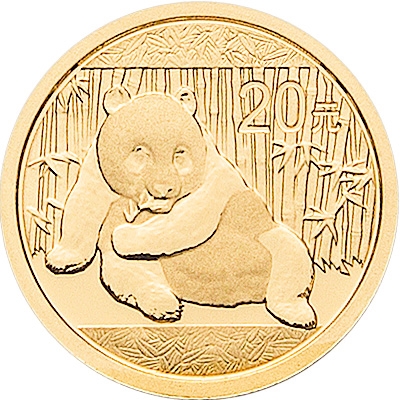 The front image of the Gold China Panda is the Temple of Heaven in Peking. Annually changing images of great pandas (with exception of the years 2001 and 2002) are on the back. Special commemorative coins with the Chinese national coat of arms were produced for special occasions. In celebration of the Olympic Games 2008 in Peking, coins and bars with different Olympic motifs were produced.

Coins in silver (since 1983), platinum (since 1987), palladium (since 1989), bi-metal (since 1992) and copper (1983-1984) are available besides the China Panda gold coin. An annual small batch of the Gold China Panda silver and gold is produced without value indicator. These are not for sale, rather they serve as highly prized gifts for guests from the Chinese government.