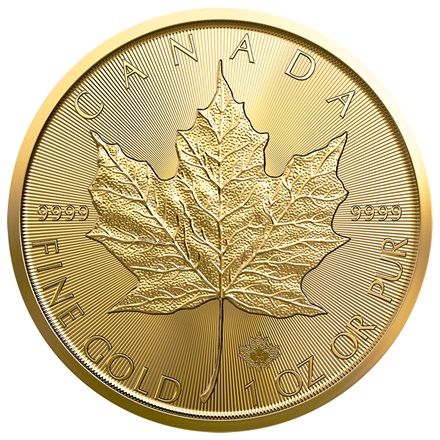 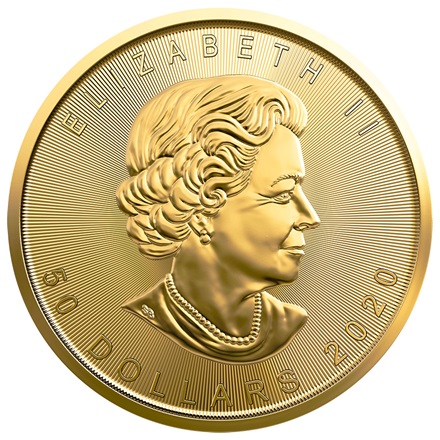 In stock, Current delivery times on the order-overview page


The front of the coin shows a maple leaf which is also depicted on the national flag of Canada. On the back, like on all coins of the Commonwealth, the portrait of Queen Elizabeth II is visible. Since 2013, the 1 ounce version of the Maple Leaf gold coin bears an additional security feature: a small maple leaf with the last two digits of the year of mint. Inscriptions on the coin are written in the two national Canadian languages, English and French. 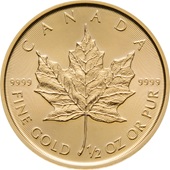 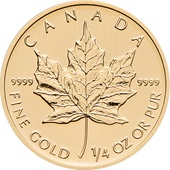 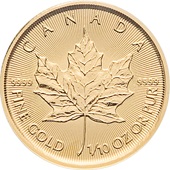