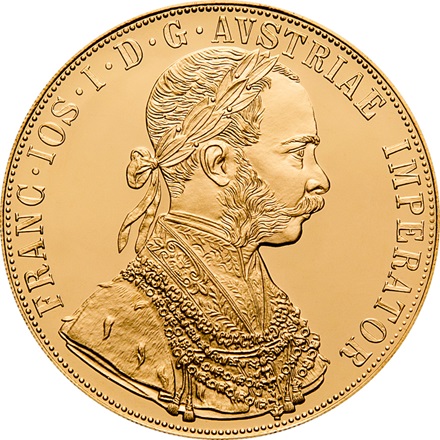 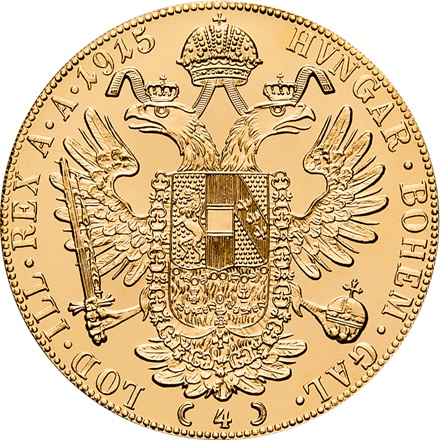 In stock, Current delivery times on the order-overview page

Gold ducats were first minted in May 1284 in Venice and are widespread all over Europe. The name “ducat“ originates from the inscription on the back of the first mintage (Latin: “Si tibi Christe datus quem tu regis iste ducatus“; English: “Dear, Christ, may the duchy which you reign be given“).

Austrian gold ducats were coins in circulation until 1857, meaning the coins were used as legal tender. From 1885 until 1915, the gold ducat was only produced officially as a trading coin, meaning the coins were only used for merchandise trade between states. The later minted bullion coins are inscribed with the date of 1915, the last time it was used as a trade coin. The very rare 1951 date was a result of an error by the mould cutter.


The design of the gold ducat was first used in 1872. The front shows a portrait of King Franz Joseph I. The back displays the double-head eagle, the heraldic bird of Imperial and Royal Monarchy Austria-Hungary. The simple gold ducat has a fineness of 986 and a diameter of 19,75mm at a weight of 3,44g. The quad gold coin has a diameter of 39,5mm, double the size of the simple ducat and four times heavier with a weight of 13,77g.