COUNTRY SELECTION
Welcome!
You have been logged in successfully.
American Eagle 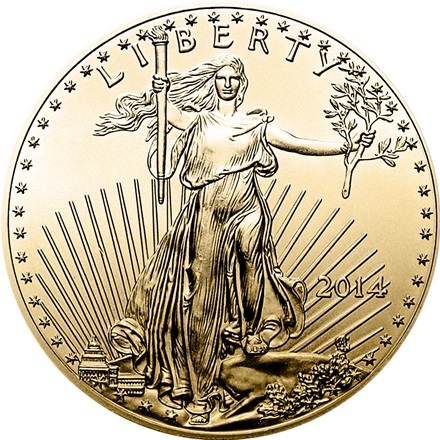 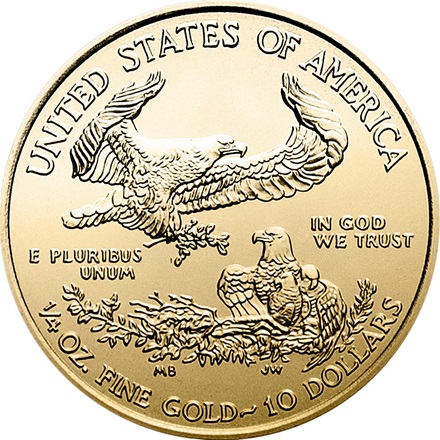 The American Eagle gold coin is a US American gold coin in the currency of US Dollar which was first minted by US Mint in 1986.

The United States reacted upon the embargo on import of the Krugerrand due to apartheid sanctions. As a result, the Gold American Eagle quickly became a wide spread and popular bullion coin. In 1986, the Silver American Eagle was the first silver coin produced in the US.

In common with the Krugerrand, the Gold American Eagle has a fineness of 916,7 (22 Karat). Thanks to the addition of an alloy of copper (5,3) and silver (3) the coin is harder than other bullion coins made of pure gold. The American Eagle is available in units of 1/10 ounce, 1/4 ounce, 1/2 ounce and 1 ounce; the coin has a value between 5 and 50 US Dollar. The coin has the status of legal tender in the United States.

On the front of the Gold American Eagle is the unchanged motif of “Lady Liberty“, with a torch in one hand and an olive twig in the other. The year of mint, originally in Roman numerals, from 1986 until 1991, is now written in Arabic numerals. A Bald Eagle, the American heraldic bird, is depicted on the back.