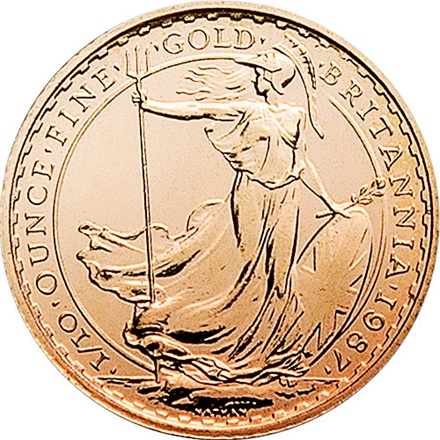 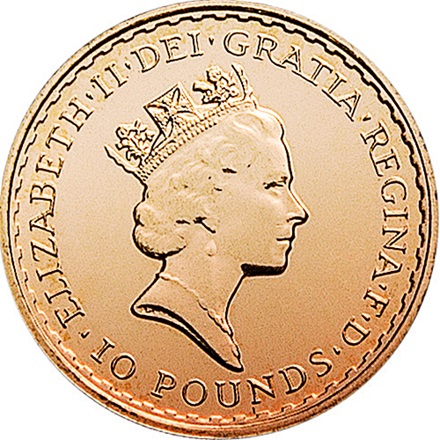 In stock, Delivery within 7-10 business days

The Gold Britannia is a British gold coin which has been minted since 1987 by The Royal Mint and was the first European bullion coin. The value of the Britannia gold coin is marked in British Pound and is legal tender in Great Britain. Since 1987, the coin is available in units of 1/10 ounce, 1/2 ounce and 1 ounce.

The front image of the Britannia gold coin is the Roman goddess and personification of the country “Britannia“ as a standing figure with helmet, shield and trident. The motif remained unchanged up to the Millennium. Since 2001, the motif of the Gold Britannia changes in years with uneven numbers and remains the same in years with even numbers. The portrait of Queen Elizabeth II, which is updated irregularly according to the current appearance of the regent, is pictured on the reverse.