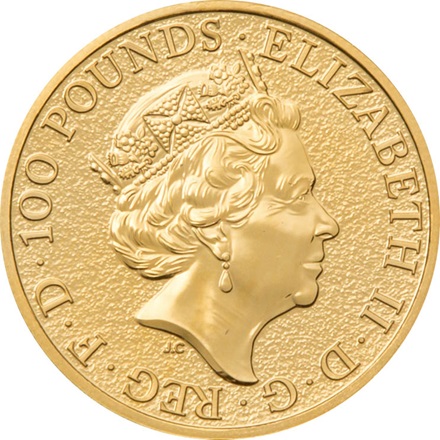 In stock, Delivery within 3 - 5 workdays

Details about The Dragon 1oz – The Queen`s Beasts 2017

Within the ten-part “The Queen’s Beasts” series, the British Royal Mint will be releasing “The Red Dragon of Wales” gold coin in spring 2017. The series is devoted to the history of the British monarchy. The upcoming gold coin is going to be the third example of the series after “The Griffin”. Another seven coins will emerge until 2021, including “The Black Bull of Clarence”, “The white Lion of Mortimer” and the “Unicorn of Scotland”. The coin is considered as an official currency in Britain and is characterized by a nominal value of 100 pounds.

On the motif side of the coin enthrones a red dragon – he adorns the emblem of Wales. Like the Griffin, the dragon is one of the most famous mystical beings and represents strength and sovereignty. In mythology, the dragon is often portrayed as a hybrid creature of different animal species like reptiles, birds and predators. The motif is bordered by the inscription “Red Dragon of Wales” as well as fine weight, date of minting and fineness. The front side shows the profile of Queen Elizabeth II as well as the nominal value of 100 pounds.

The Dragon 1 oz - buying at philoro

We gladly offer expert consulting on buying and selling gold coins. Besides the Gold Dragon, we offer a fine selection of prestigious gold coins from all around the world. We guarantee the highest level of quality as we only work together with worldwide authorized and established producers. 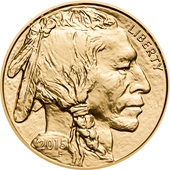 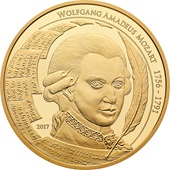